The Bottom Line: One of the most exciting mystery novels in years.

Jarringly gritty and grounded, Nobody’s Safe Here is a fresh take on what seem like tried-and-true situations. Unexpected plot twists and variations on procedurals will have readers excited to turn the page.

What seems to start off as a heavy-handed and brutal book — there’s a planned school massacre, a mental breakdown, and a new deputy from the “big city” — becomes one of the most exciting mystery novels in years. Where so many stories begin with the arrival of a strange sheriff, author Bill Percy turns that formula on its ear and offers up a slew of imaginative and surprising spins along the way. Nobody’s Safe Here is filled with a colorful cast [some] intriguing and [some] off-putting. Deputies Andi Pelton and Brad Ordrew connect a seemingly disparate crew: an all-star high school student, a cattle baron, and a psychologist. Among these characters, there’s a romance, a heartbreaking plot, and good people facing hard choices. In what’s supposed to be a quiet, tiny enclave, there are major problems everywhere. The plot can seem overwhelming at times, but the author manages to keep everyone in their lanes, bringing them together only when necessary — and sometimes in very surprising ways.

As readers get deeper and deeper into the minds of each character, Nobody’s Safe Here reveals itself as a psychological mystery as much as investigation into what drives people to do what they do. The dialogue is believable and a joy to read, the unusual mix of topics is relevant in the current state of America, and Bill’s colorful descriptions makes this remote city seem huge and vast. Anyone looking for a mystery novel that’s unlike anything on their bookshelves (digital or otherwise) needs to pick this one up.
​

Review by Linda Strong on Goodreads.com

​In a small town, people don't expect a lot of excitement or anything beyond normal troubles.
Jared, a 17-year-old is found hoarding rifles and threatening to shoot his senior high school class. He rants about the government who want to kill him, he's paranoid in thinking that he's being invaded by a demon, and he waffles between murder and suicide to protect everyone from himself.
The only problem with that scenario is that Jared is a really good kid... has loving parents, goes to church regularly, popular kid in school, kind, generous ... and has never been in trouble before.
Cattle baron Magnus Anderssen basically has a mental breakdown. Something buried in his past has been triggered ... he can't sleep, he has started drinking, and he carries a gun that he really wants to use ... on someone.
Dr. Ed Northrup is fighting for both man and boy. Ed lost a patient sometime ago, and he's always felt guilty that he hadn't been able to help. He's torn and praying that he will be able to help somehow.
So what is causing Jared's paranoia that seems to come and go? And what has Magnus buried so deep in his self-conscience that he can't remember, but knows it will kill him if Ed can't help him.
This is an excellent book, very well-written, with detailed character development. There is a clever premise that keeps the reader engaged from the first page. The author had me on the verge of tears telling Jared's story. Ed and Deputy Andi Pelton have a tenuous romantic relationship. Deputy Boyd Ordrew is from 'the big city' and gets irate when these crimes are immediately charged the way 'they' would.
This is a community of ordinary people facing anything but ordinary circumstances.
Highly recommended! 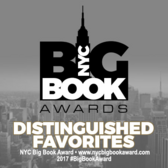 Buy on BarnesandNoble.com
Visit the Blog at Bill Percy Books
Buy at BlackRoseWriting.com 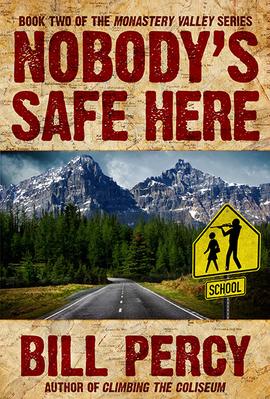 When cattle baron Magnus Anderssen collapses mentally, psychologist Ed Northrup struggles to find the cause - a terrible event buried in Magnus's past, leaving him veering between suicide and murder. Meanwhile, Deputies Andi Pelton and Brad Ordrew clash as they investigate Jared Hansen, a boy caught with rifles and a paranoid plan to kill his schoolmates. Their problem? Jared, a great kid, a school leader, has no previous problems. Ordrew’s convinced Jared’s a mass shooter-in-waiting, but Andi’s not. Ed joins their search for whatever caused his radical transformation from great kid to psychotic killer. It’s a race against time: Magnus grows more irrational and homicidal, Jared's insanity may not be controlled before it’s too late, and Ed’s risky plan to save the boy may destroy his relationship with Andi. Nobody’s Safe Here, a psychological mystery, tells the story of a community of ordinary, decent people facing terrifying mysteries.

or ask at your local bookstore!

Nobody's Safe Here was named a "Distinguished Favorite" in the Independent Press Awards for 2017.